When word spread that the Inappropriate had released a triple header of blue marlin early on the second day of fishing during the 53rd Annual Georgetown Blue Marlin Tournament, it should be no surprise that curiosity arose from the fleet. It’s not very common for such a situation to occur off South Carolina, so assumptions were quickly made about the size of the three fish they had released. Most expected that one of the fish must have been a large female and the other two were small males chasing after her.

To be fair, those assumptions were based on typical observations of billfish behavior by fishermen and scientists. However, all three of the blue marlin the Inappropriate crew caught that day were about the same size and were definitely not the little rats the fleet had conjured up. 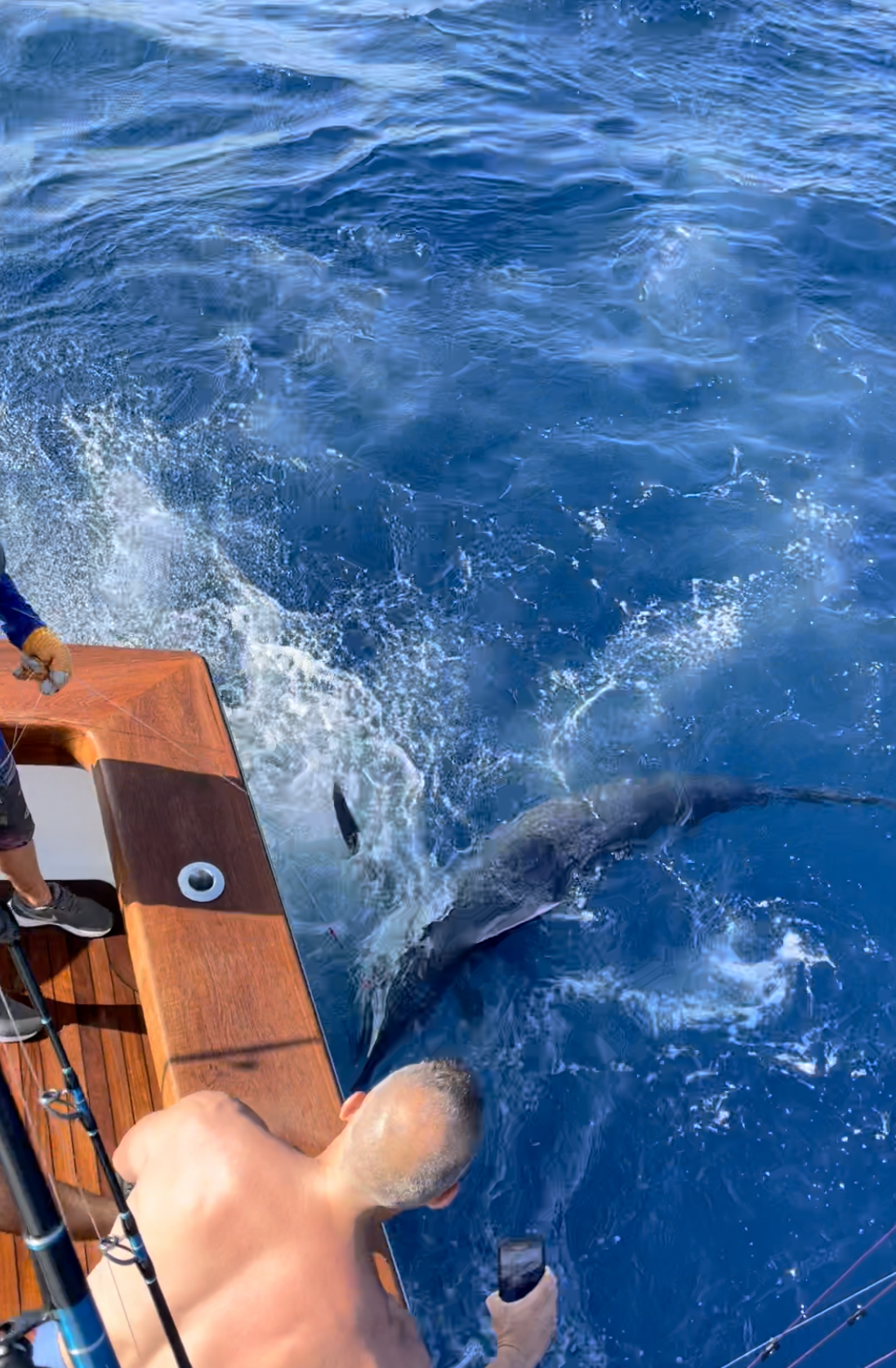 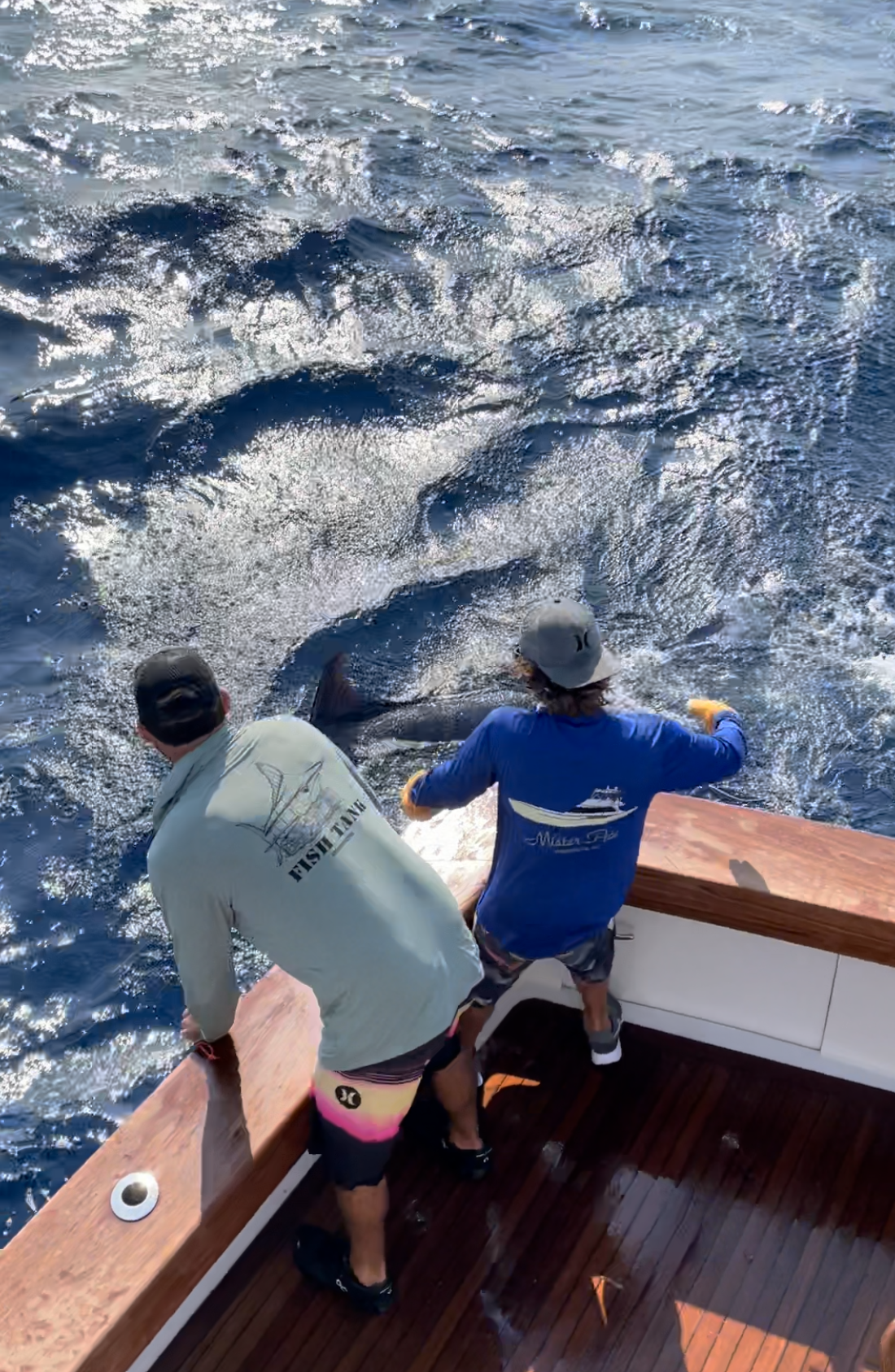 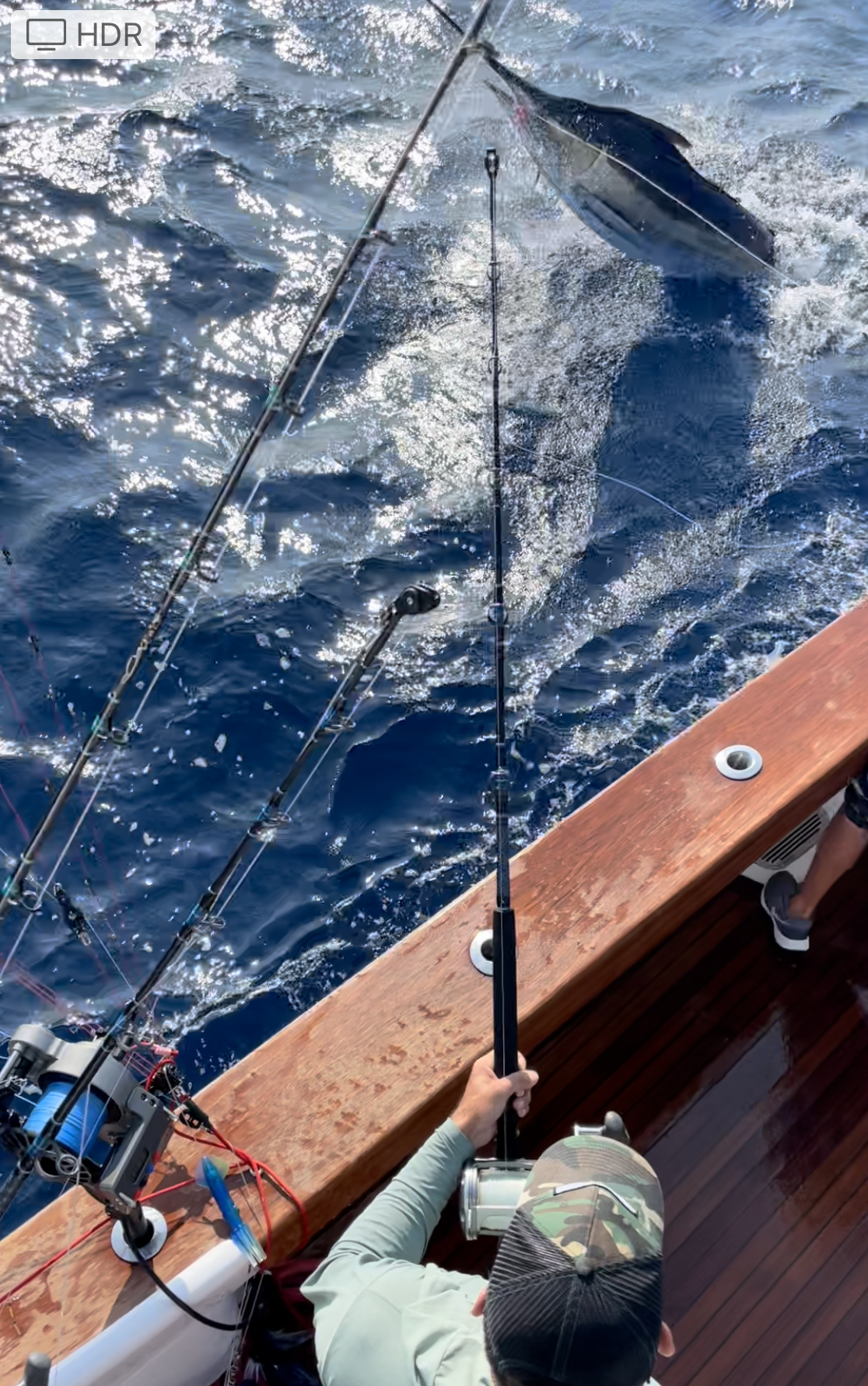 Andy Crews, captain of the Inappropriate, recognizes that triple header blue marlin bites don’t always go smoothly. Lines can cross when fish don’t cooperate, and it takes a great crew to stay calm and perform under the immense pressure. Andy fortunately had an outstanding crew with him that day.

“The left long rigger first came down with a blue marlin,” he recalled. “When the crew started reeling up the teasers, another fish showed up on the right teaser. Joe West threw the pitch bait to it and the fish ate. Suddenly I looked to the left teaser and there was another blue marlin on it. The fish fell back and crashed the left short rigger. We were all tripled up and all three fish went their separate ways and surprisingly behaved. Everyone performed as the professionals they are!” 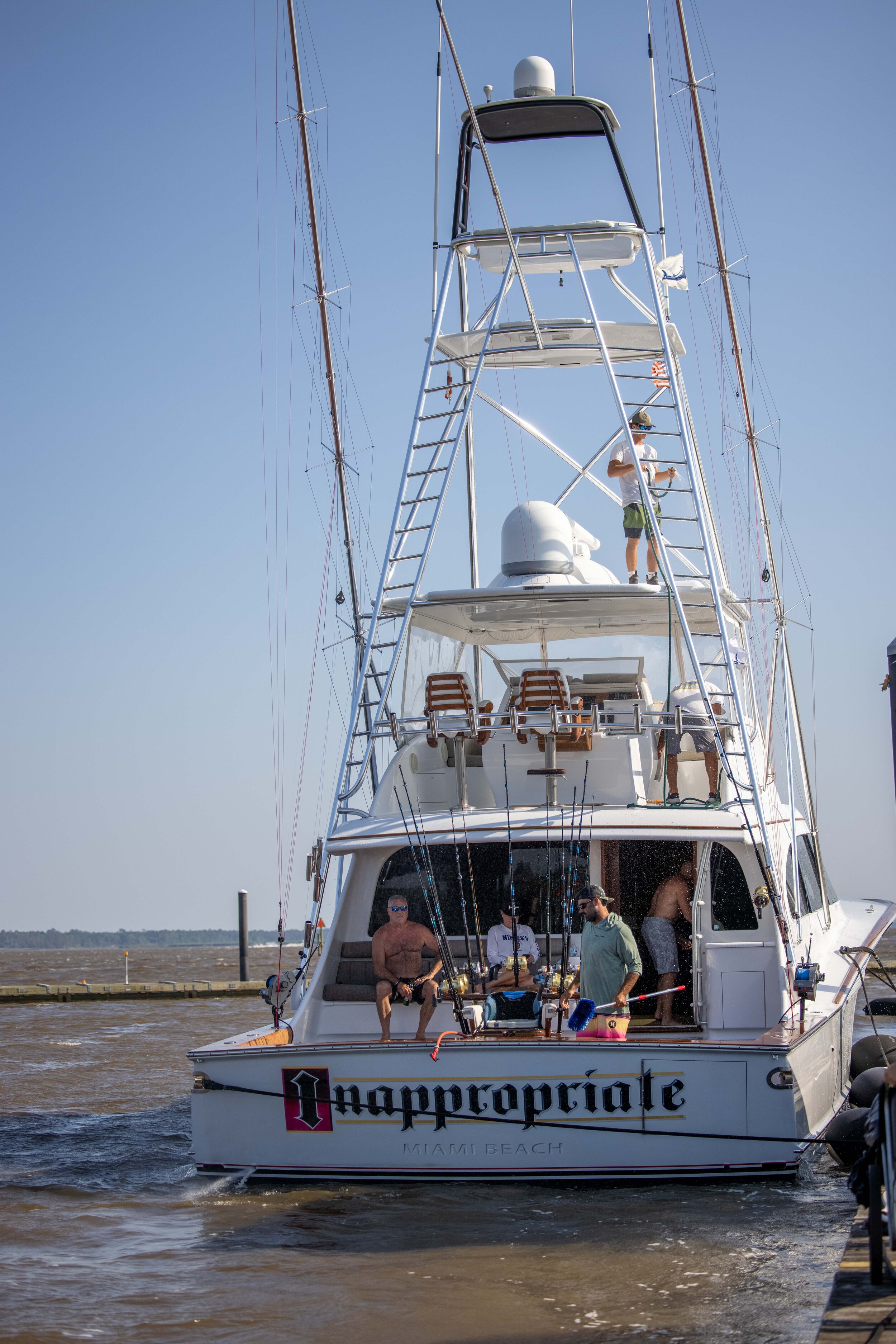 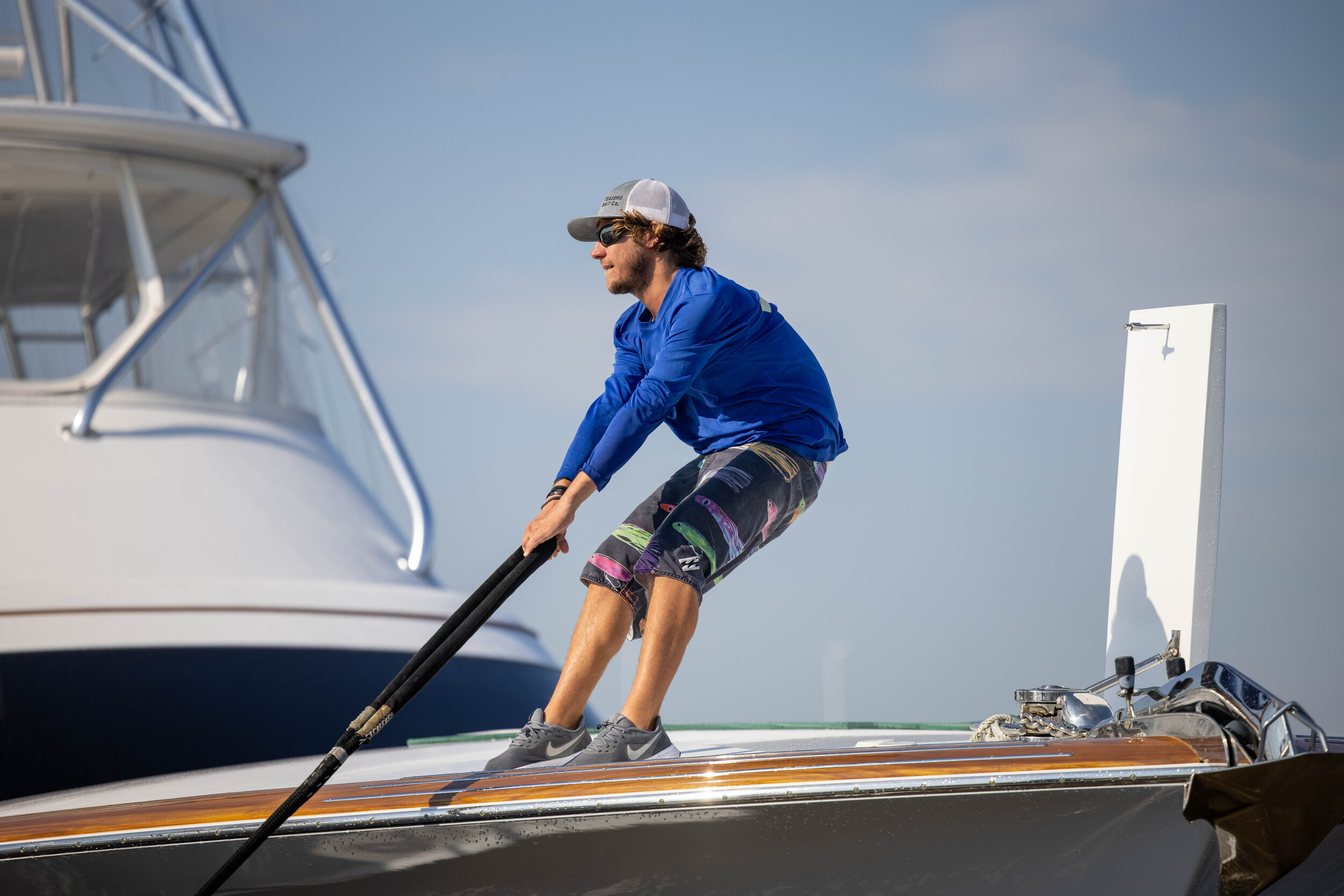 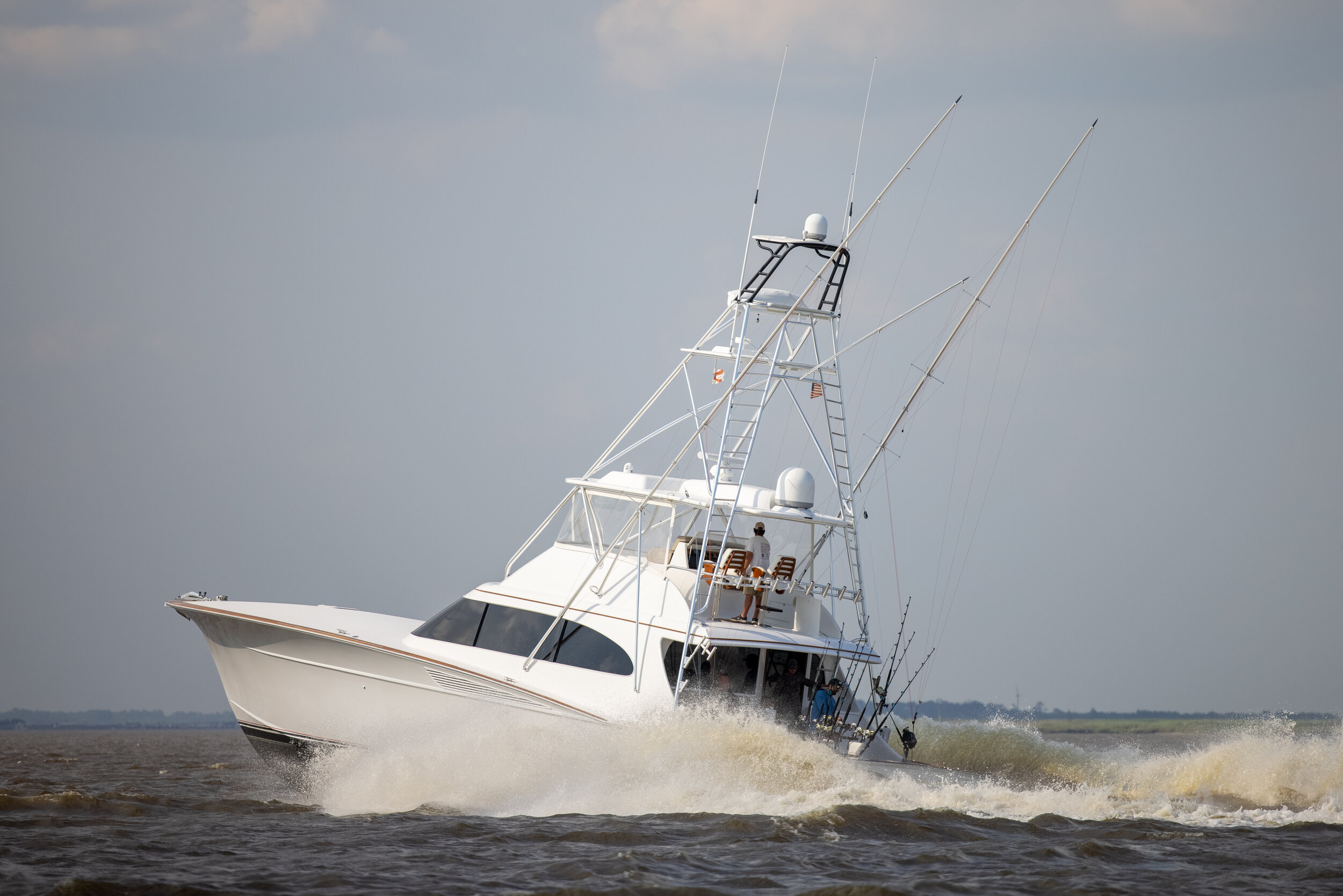 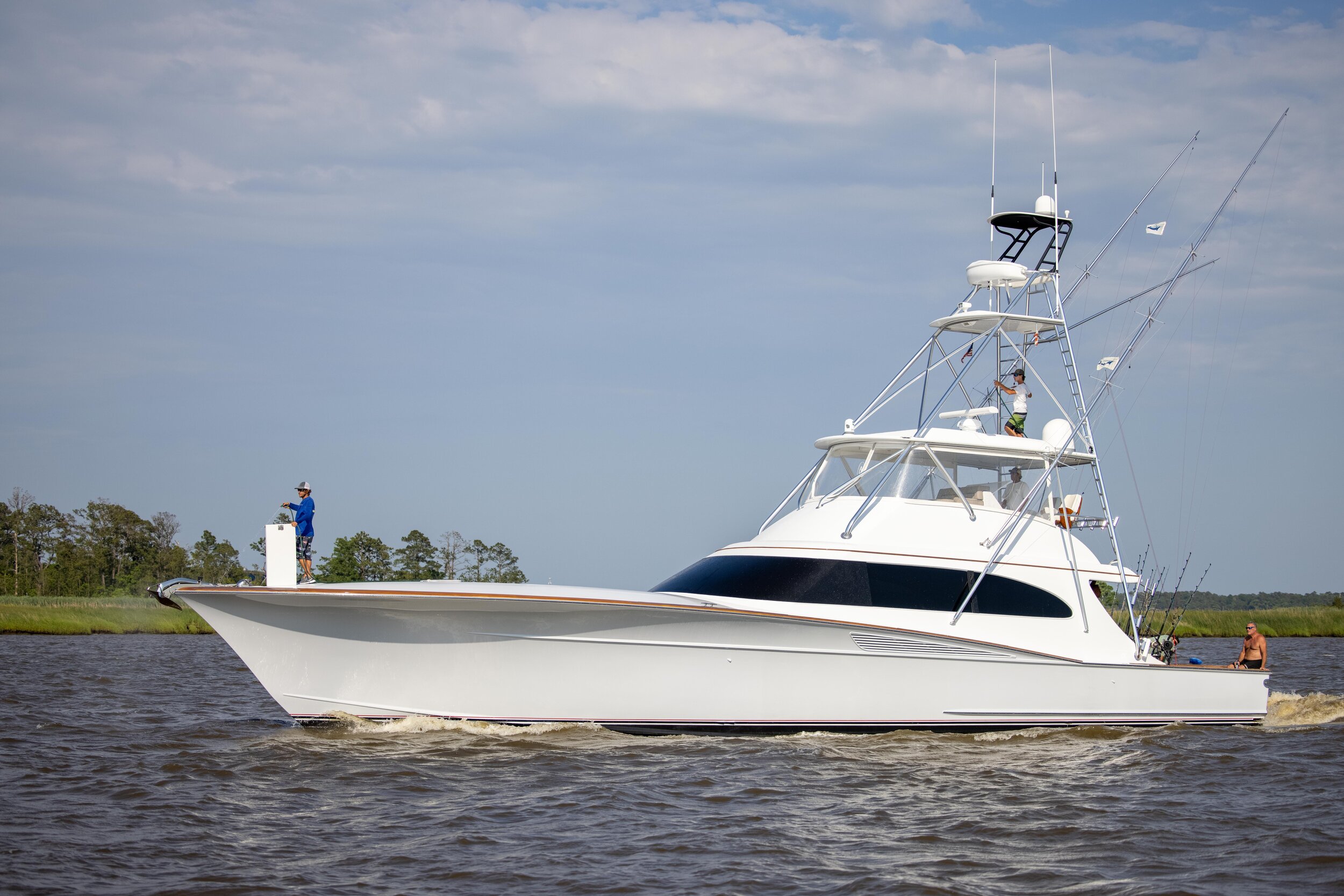 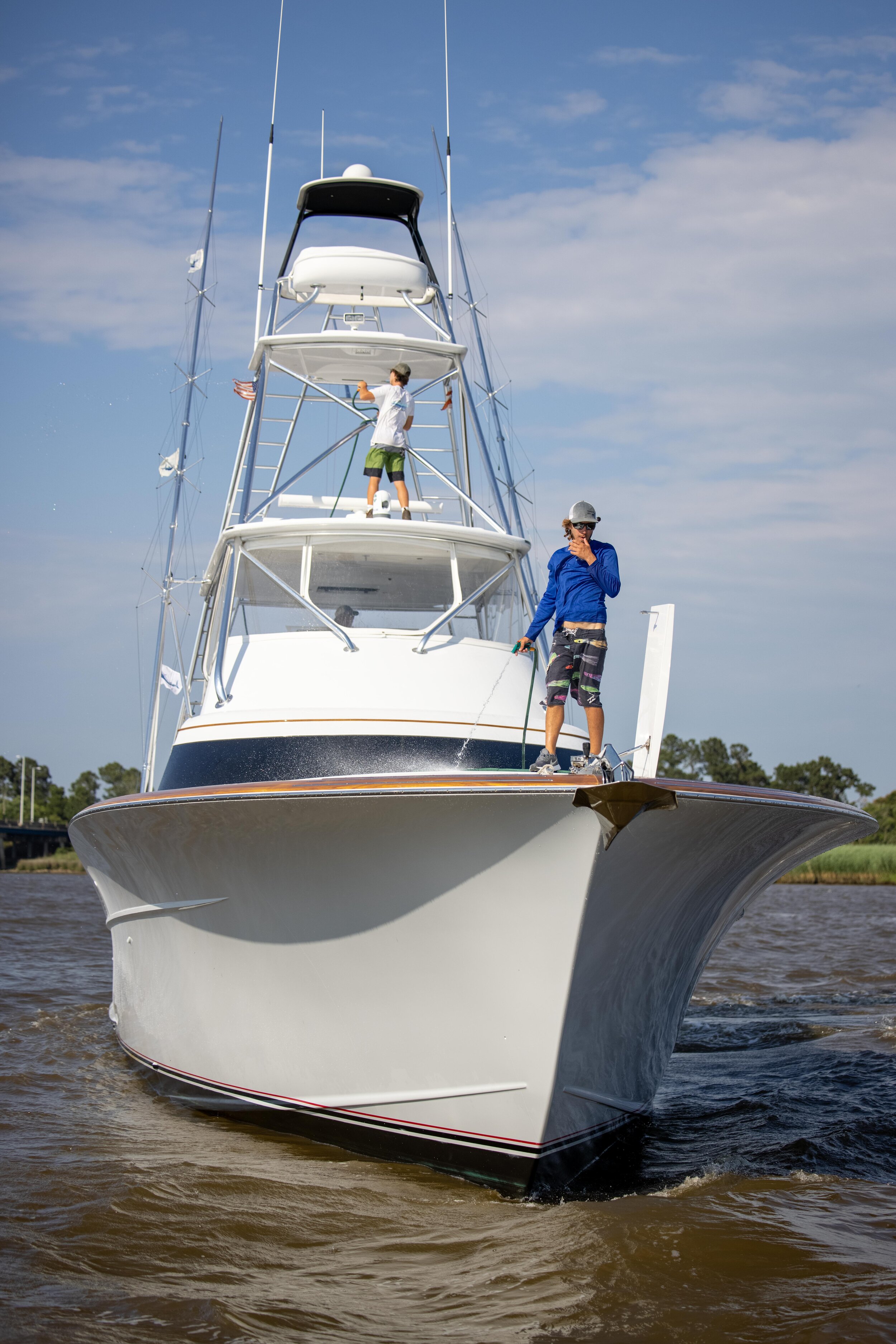 This team of professionals is used to high-pressure stakes during tournaments. Joe West and J. Rhode grew up right here on the docks of South Carolina and have each racked up numerous wins in tournaments at home and abroad. Meanwhile, young Ryan McInerney just graduated high school and has spent the past couple seasons fishing alongside some of Charleston’s best. He’s certainly off to a great start. Frank Holtham, owner of the Inappropriate, his wife Shelley Fuller Holtham, and Fred Radulic rounded out the crew. They each served their own important roles during the tournament, including angler, photographer, and videographer.

Fishing turned off for the Inappropriate following that triple header bite. They didn’t see a fish again until lunch time and unfortunately pulled the hook. But it didn’t matter much in the end. The team had released a blue marlin on the first day of fishing, and the three caught on the second day catapulted the Inappropriate to the top of the 65-boat fleet. When fishing was called off on the third day due to a small craft advisory, the team had much to celebrate. Later that night, they were presented a check for $135,960 – not a bad way to start the 2021 tournament season in South Carolina.

While most will appropriately praise the Inappropriate for their win, the team also deserves recognition for their generosity on the docks. Owner Frank Holtham and Captain Andy have consistently been very kind to dock hands, expressing their gratitude by handing out shirts to marina staff. A bunch of young Georgetown locals now proudly sport some sweet Innapropriate swag.

“It meant a lot to everyone to be able to get back to fishing the Gov Cup’s events,” said Andy, “especially the Georgetown tournament! It’s always a great time and it’s a well put together event. Shout out to Ed Keelin and his crew – they make everyone feel welcome and they’re very accommodating.” Crews like the one aboard the Inappropriate certainly add to that positive energy and experience. They help make these events fun for everyone involved.

We hope to see the Inappropriate fish the rest of the Series this summer. They’re currently sitting on top, but with two more events ahead, the Series title is still up for grabs. If they keep wrangling triple headers during the Carolina Billfish Classic and the Edisto Invitational Billfish Tournament, the Inappropriate will definitely be a tough crew to beat!

The Teaser is a series dedicated to showcasing the stories of the Governor’s Cup Billfishing Series and its lively community. The Gov Cup was created several decades ago to encourage the conservation of ocean resources through the tagging and release of billfish. Learn more here.

Disclaimer: The views and opinions expressed on South Carolina Wild are solely those of the authors, and do not reflect official policies, positions, or endorsements of activity or products by the South Carolina Department of Natural Resources.

Clouds Clear for the Blue Sky in Georgetown

Looking Ahead by Looking Back: A First Blue

Woods Herring Gets the Repeat at CBC

Kicking off the 2021 Series

The views and opinions expressed on South Carolina Wild are solely those of the authors, and do not reflect official policies, positions, or endorsements of activity or products by the South Carolina Department of Natural Resources.